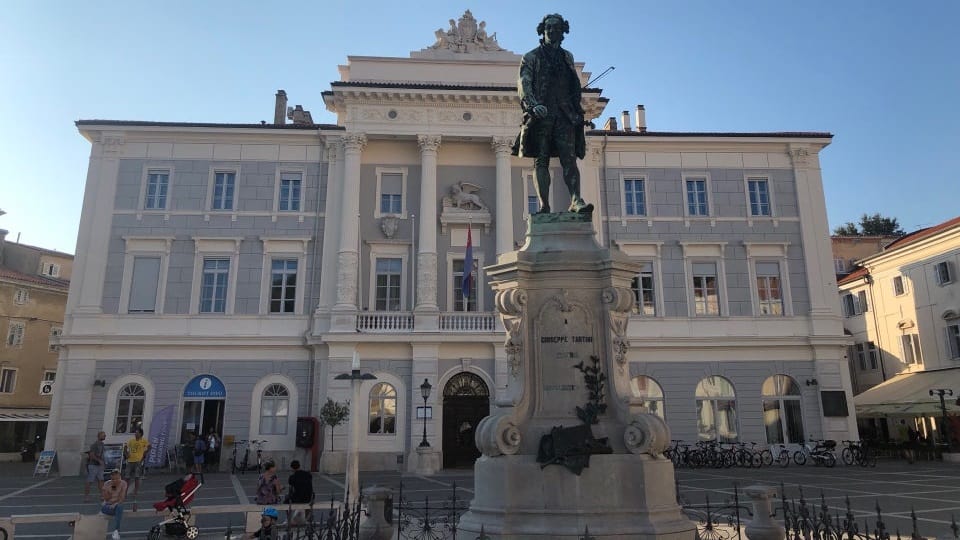 The 2nd edition of the World March for Peace and Nonviolence will start on October 2 this year. As in the first edition, the March will pass through the Alpe Adria region and will arrive in Trieste on 26 February 2020, opening the campaign for an international Gulf of Peace and free from nuclear weapons, within the framework of initiatives for the creation of a Nuclear Free Zone of the Mediterranean, carried out also by the United Nations and the Council of Europe.

The Municipality of Piran, has joined the campaign for a Gulf of Peace and supports the 2nd World March in Slovenia.

Together with the Sea Museum”Sergej Mašera”, the Peace and Coexistence Committee Danilo Dolci of Trieste and the Mondosenzaguerre Association, an awareness-raising afternoon has been organized at 4.00 pm on Friday 30 August at the Palazzo del Comune of Piran in Piazza Tartini 2, with Administrators and heads of associations of Italy, Slovenia and Croatia.

Press conference at 17.00 for the presentation of the section that will cover the Western Mediterranean

The meeting with local authorities and associations will be followed by an international press conference at 5 pm for the presentation of the trait ofthe World March that will cover the western Mediterranean Sea; initiative conceived and born in Piran. 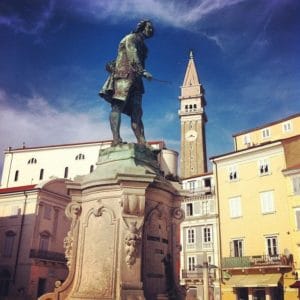 While at 7.00 pm it will be possible to attend the Mediadom Pyrhani Center for the documentary “The beginning of the end of atomic weapons”, produced by the Pressenza agency on the second anniversary of the UN Treaty on the Prohibition of Nuclear Weapons (ICAN campaign, Nobel Peace Prize 2017 ).

Here is the trailer for the film which recently won the prestigious Accolade award.

Trieste and Koper-Capodistria are members of the Mayors for Peace association presided by the martyr city of Hiroshima, with all the local authorities of the former Province of Trieste, as well as Izola-Isola and Piran-Pirano in Slovenia and the Istrian Region, Rovinj-Rovigno, Opatija-Abbazia and Rijeka-Fiume in neighboring Croatia.

The existence of the Nuclear Prevention School of the IAEA (International Atomic Agency) in Miramare, together with the presence of three countries in the same Gulf, can determine the synergies necessary to start the nuclear disarmament of military transit ports, in Koper Capodistria and Trieste, based on the new Nuclear Weapons Prohibition Treaty (NWPT) recently approved by the United Nations, and already ratified for example by Austria Vatican and San Marino.

At the following link,https://4d.rtvslo.si/arhiv/tuttoggi/174541631, from 14:15 pm to 16:00 minutes, you can see the service realized by TV Koper-Capodistria at the Community of Italians “Santorio Santorio”, on the visit of the 2nd World March for Peace and Nonviolence spokesman, Rafael De La Rubia (in italian)

To learn more about the project, please visit www.theworldmarch.org.

On behalf of Peace and Coexistence Committee ” Danilo Dolci ” and World without Wars and Violence – Triest, Alessandro Capuzzo